There are several different moving parts to an online casino and one of the biggest components is the software that brings the player and the casino together. TopGame is known throughout the world and welcomes players to a wide variety of games such as slots, table games, card games and video poker as well. The company is known for top notch gaming graphics and customization. The software ranks highly with the outside third party companies who make sure that gaming is fair and true. Players from the United States as well as many other countries are accepted with multi currency and multi language preferences built into the software. With TopGame, players won’t have quite as many games available but the ones that are here, are constructed with the best technology. 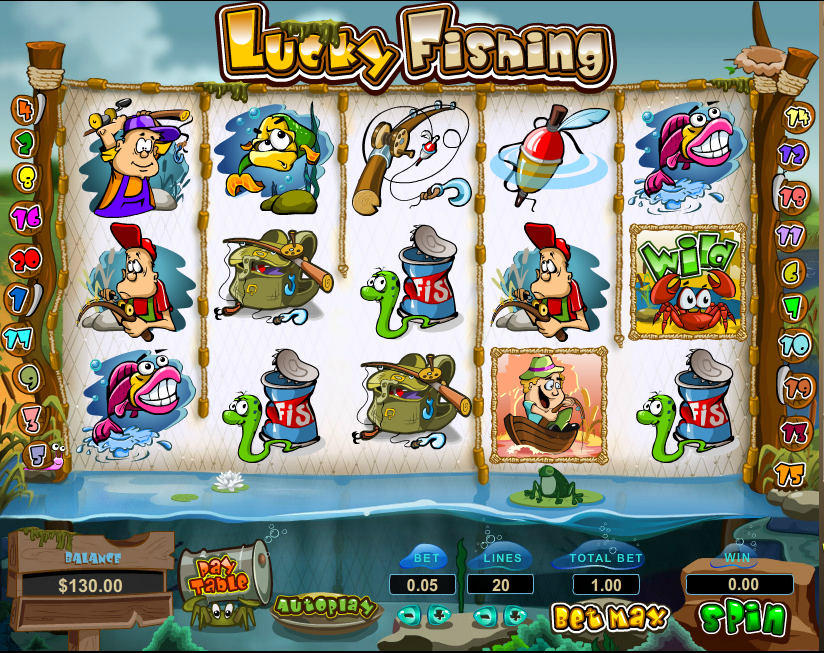 One of TopGame Software’s most popular slot games is Lucky Fishing! Lucky Fishing is an awesome slot that features just twenty paylines and five reels. There isn’t a progressive jackpot available, but there is a wild symbol and a scatter symbol which are helpful to players along the way. This game is one of the older, classic slot games available as it debuted on 2010. In addition to an already really exciting game, there is the free spin option which players can use immediately to win even more cash. This game offers players a really great look and feel with several different fishing themed icons throughout the reels. Simply click the link below to cast your line and reel in a some cash! 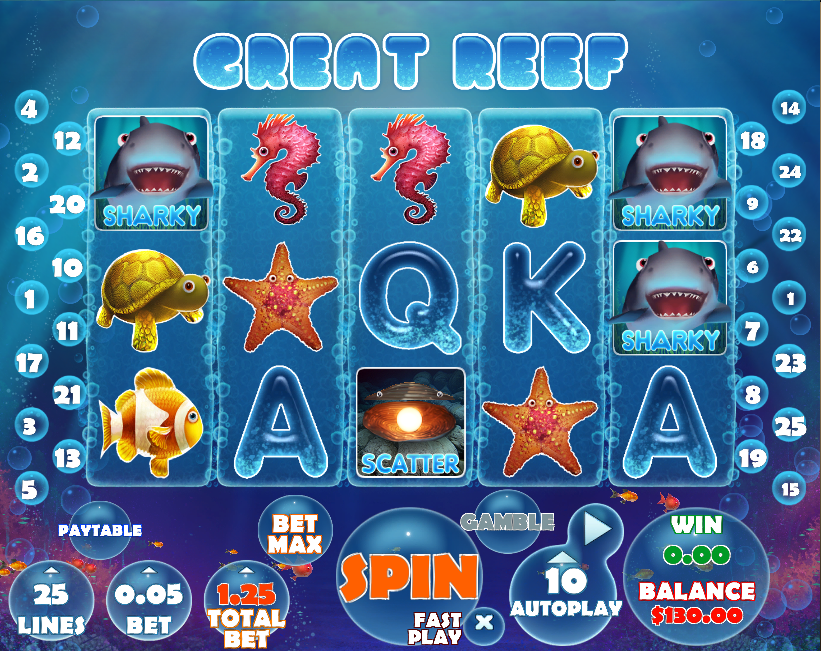 Great Reef is another popular game that welcomes players with a fun look and feel. This under the sea expedition will take players through five spinning reels and twenty five paylines. The bet range for this casino game ranges from $0.01 up to five dollars per spin. There is a smaller jackpot available with this game which goes up to 500 coins. In game play, there is a wild symbol as well as a scatter symbol which will help players achieve bigger payouts. If you don’t like the way traditional slots are played, you can use the autoplay feature that is available where players will pick their line amount and bet amounts where the reels will then keep spinning until the player decides to stop the auto play feature. 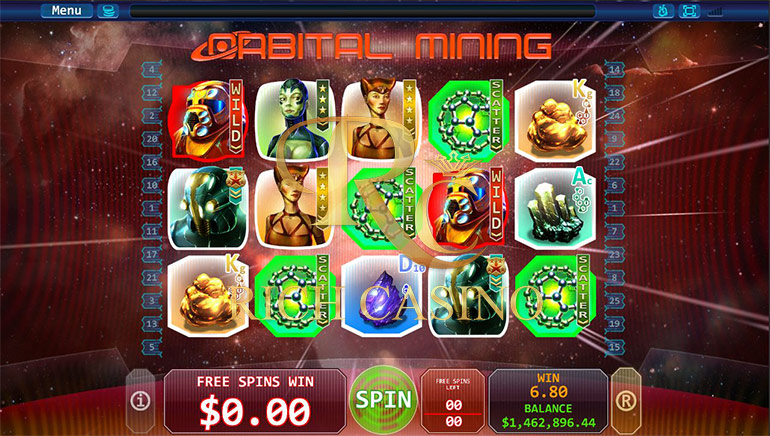 Ready for liftoff? You should be! Orbital Mining is the top online slot game from TopGame software. Players will have a space-aged game available to them with five reels and twenty five paylines. The game takes bets as low as $0.01 all the way up to $5 per spin. The game was released in 2014 but does have somewhat of a dated look to it. On top of fun spinning slots, the casino offers a bonus game and free spins to make the game even more exciting! Orbital Mining can be found at all TopGame online casinos. 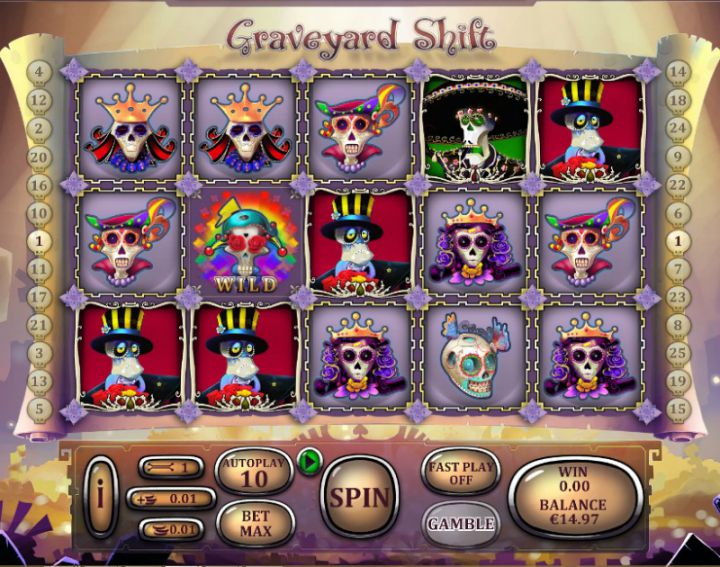 Don’t let the name of this game fool you, it’s all fun and games here! Players will love the five spinning reels as well as twenty five paylines that this game loves to boast. The game allows small bets of $0.01 all the way up to $10.00 per line, per spin! The max bet is $125.00 per spin which is quite big for slots games. There is not a progressive jackpot but players will benefit from a scatter symbol as well as a wild symbol too! This game is available to players within America as well as other countries in casinos that offer TopGame software. 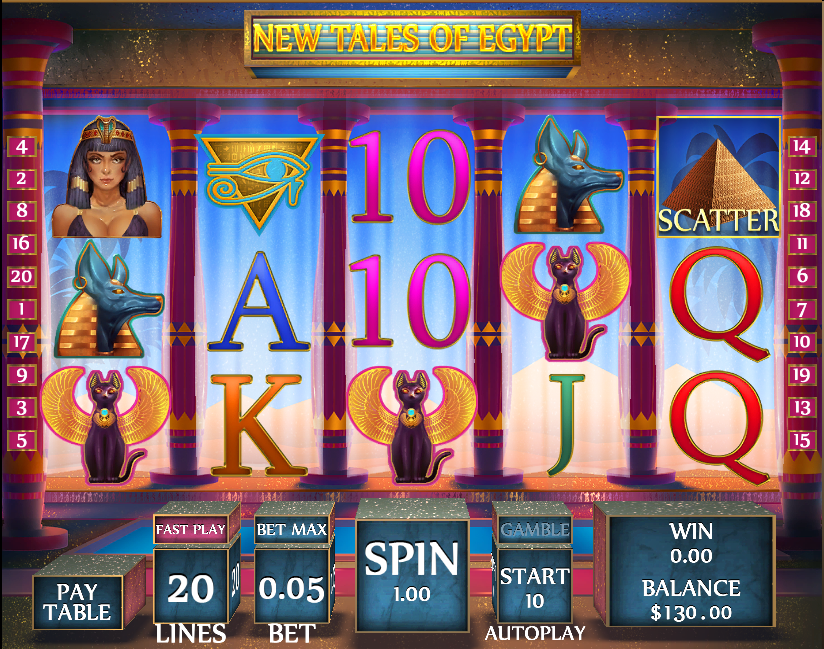 New Tales of Egypt is another great slot game for players that has a good amount of features available. Players have a pretty basic slot game here with the majority of the icons on the reels being numbers and letters with icons of images here or there. The casino has five reels and twenty paylines. Keep a lookout for the Wild Symbols and Scatter Symbols which can be found in the game help screen. During your time at New Tales of Egypt, you will find that the game doesn’t offer a progressive jackpot but it does offer a coin jackpot as well as a bonus game that is offered with the right combinations of symbols on the reels.