While some people are bound to gamble on casinos without bringing home the bacon, some people wins jackpot prizes more than once. This dream that every player has may be a little too overboard, but this is the nature of every player that keeps them active in their gambling exploits. One Intertops Casino player has proven that this isn’t just a dream, for he has won the Caribbean Stud Poker jackpot prize twice in a row within the year.

The lucky winner is from Dubai. He is said to have been part of the Intertops Casino for more than 10 years now and he has been actively playing since then. He is already in his early 60s and he has no record of winning this big since this year began. Sadly, no more information about his identification has been released to the public for both confidentiality and safety reasons. His two recent winnings are from Caribbean Stud Poker. For the winning jackpot, he got a whopping $43,307 while for his winning hand he brought home $6,015. In sum, he has earned a total amount of $49,322.34. Not bad for someone who is relatively new to the game.

According to official records, the player also won a large jackpot under the same casino. He won a total amount of $84,336 last August 2012 while playing the same casino game. Certainly, many have become very jealous of this man’s stellar records when it comes to winning big in gambling. In an interview healed when he was claiming his prize, the player spoke to the management of Intertops Casino about his satisfaction and happiness towards the casino’s services. Moreover, he also spoke about his gladness towards his yet another winning record. He said, “I was shocked and delighted because it’s my second jackpot. It was a nice surprise and good timing.”

During the interview he was also asked as to what advice or note can he share to his fellow players in the said casino, he opined a short but straight-to-the-point statement by saying, “You have to play in order to win.” To which a spokesperson from Intertops Casino added, “I guess whoever said lightning doesn’t strike twice has never played Caribbean Stud. Just because you have one big win doesn’t mean it can’t happen again.” Indeed the conventional saying about lightning may be applicable to most if not all, but not to this man. Well, another saying may also fit the situation: “If you don’t buy a ticket you can’t win the raffle.”

On another note, Intertops Casino is in the middle of its new Pool Party Promotion where $270,000 will be given away. Furthermore, this promo will give out at least $30,000 to every lucky winner for this week up to the last week of August. Given the situation where the man is in right now, he surely has the higher winning streak. As a matter of fact, he might be in line for another successful gaming exploits as things more often than not happen in threes. 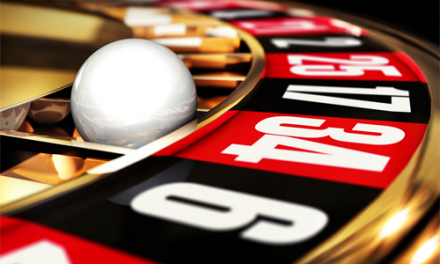 New Loyalty Club at All Slots